Raised by a family of devout huggers, Matthew opened up to me about his hugging lifestyle. In Matt’s family, they hug goodbye, goodnight, and hello. He confessed how he found it strange the way other families barely touched or hugged one another. This reminded me of the bisous culture of my own family in France to greet friends, family or new acquaintances in a familiar way and punctuate the day.

It felt natural to walk with Matthew. I actually wanted to stop many times to face him. Matthew is my brain incarnate. It was a horrifyingly casual experience walking and holding hands with my brain. I got nervous because I was afraid that I wouldn’t be able to retain the details like I had in other walks. I saw a lot of my own personality traits in him, and (though I initially resisted the urge) quickly started making comparative notes. 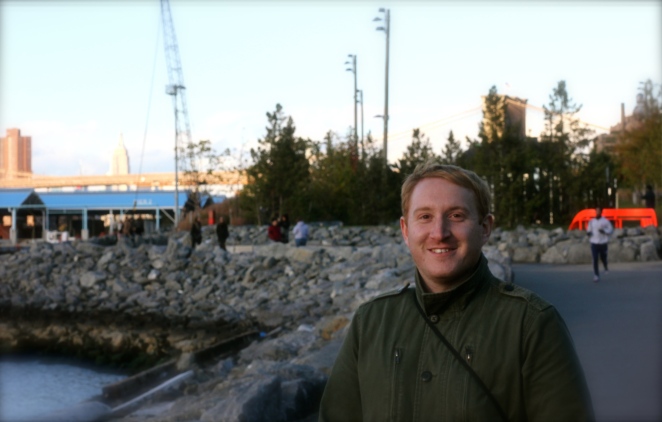 The key difference: Matt communicates really well. He fills the space with ideas, stories, and questions, both big and small. Very similarly to me, Matt qualifies his thoughts and considers the way his words may impact the person he is speaking to. Most of all, he is incredibly sincere.

Matthew explained to me that he was not very good at small talk and tended to jump right into the deep stuff. However, I disagree. He was an excellent conversationalist. We smoothly sailed over everything from social sports clubs and film to polyamory without any awkward pause or hesitation.

-When was the last time you were really listened to?

This year, Matt traveled to the Netherlands to celebrate the Redhead Days festival with hundreds of other redheaded folks and their loved ones with both red and non-red manes. Why not? “It’s easy!” he exclaimed, “Everyone should travel more.” Though we debated about the actual break down in cost and expenses, and questions of privilege, he made a convincing argument for how you can travel in more affordable ways by not going out to eat, planning and saving up money months in advance. Matthew was not only optimistic, but also inquisitive. 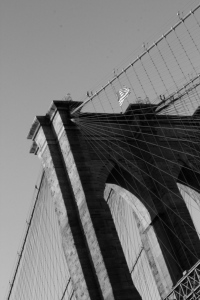 Matt longs for real moments. Being that person for someone, offering a shoulder one can lean on. And you can see this; he has a certain glow.

Matt’s clear radio-worthy voice was a soothing reminder for me to look on the brighter side of life. Matt had sensed my reluctance to re-embrace the city after my long stay back home in Colorado for knee surgery. My leg grew tired as we took a detour down and back up some wide stairs. The awkward kind that forces you to do a semi-lunge. But I didn’t want to admit my need for a pause. Not until we crossed the bridge and entered a heated discussion on polyamory.

Our talk was quick like our steps and I wanted to push forward. I began to kick a small metal marble along the path. We discussed nearly all the things that had been pressing my mind recently: avoiding negativity and negative folks, depression & anxiety in our generation, modern-day relationship structures, the NRA, the Broncos, Lions, Tigers, and Bears…

It was uncanny the way Matt would start up a topic I had been rambling about only the day before to a friend. Namely polyamory. We were suddenly discussing measurements of vulnerability and pain in various forms of romantic relationships & the importance of constant communication.

– Do you believe in love? Yes.

Matt said the trouble with long distance relationships (LDR’s) is that you don’t have time to figure out if the person you are dating “secretly loves automatic weapons or is racist.” Things that matter. I could relate to this, and enjoyed finding the common ground between us. 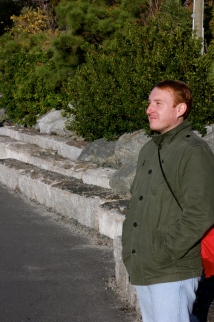 At the very beginning of our walk, I asked Matt if he was happy. He seemed so positive and carefree. I wanted some dirt. It was way too easy to walk with him, so easy that I often forgot we were holding hands.

– I’m more happy than I give myself credit for.

I may as well been having a tête-à-tête with my own mind.

Later on, I asked Matt what he thought of pigeons. He declared disgust and then laughed, stating that was such an odd question to ask. I explained to him that most folks have a very visceral reaction to them if they don’t like them. “Well they do have orange eyes,” he said. I had never noticed that before! Maybe they are a little evil after all…

Our conversation ran a lot like the pigeon talk. Random, fun and easy. I had an odd desire to try to surprise him or see if he’d do something silly like standing up on the wall next to the dock while we continued holding hands. While yes, I’m a tad bit of a sadist, I think it’s most reflective of how open Matt is to the world. I knew he would go for it. And if he did not want to, then he would give me a clear reason why not. And that’s a refreshing quality to recognize in any stranger, colleague, partner or friend. Directness.

We followed the winding curves to the docks, making a very efficient tour of the soccer fields back to home base—Shake Shack under the bridge. It was difficult to say goodbye to Matt. I wish I had asked him what he was most proud of. And if he likes to dance. I bet he’d be a great dancer. There’s something about Matt that says there’s more to the story.

We sat on a bench at the end of our walk for a good amount of time, trying to tie up any loose ends. It felt like we were having a DTR (define the relationship) like a couple, only without any romance or history. It was weird to feel so connected with Matt in the moment while also being at peace with the idea of never seeing him in person again. I appreciated his kind gestures, such as letting me borrow one of his gloves to warm up as we sat with the sun sinking into the horizon.

At the end, I said, “Alright I want my Matt Breda hug.” His aforementioned hugging lifestyle would not be forgotten. It was a good cold weather hug, a clumsy jacket-to-jacket, glove-to-back friendly squeeze.

I can’t wait to see what Matt makes in the world. Good luck on your job interview Matt. They need you.