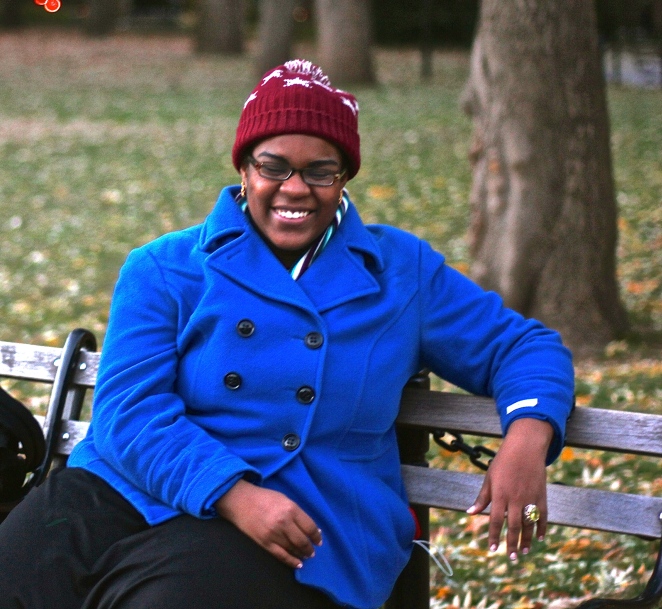 Horace is a Muslim. Horace is transgender. Horace is black. Horace’s identities fall at the intersection of some of the most marginalized groups in America. He is not backing down.

An uncanny sense of transparency, Horace dug in deep. Not even a minute into our walk, and we were already discussing the traditionally off limits dinner-table topics of sex, politics, and religion. From the basics: family dynamics and friend drama to the not-so-basics: cyber personas and telepathic vampires landing on Earth.

Chinese was easier for Horace to learn than German.  Horace’s eyes lit up when talking about Chinese, and his excitement for the subject was infectious.

Our walk, just as our talk, was quick-paced. After about the 5th or 10th time around the park, we decided it may be easier to sit . The concrete paths and circles seemed to escalate the conversation, and the last time I walked here with someone the walkways bred a similar dizzying tension. Finally deciding to plop down on the bench after our voluble stretch, we immediately fell into silence. We sat peacefully–hands held–watching people weave around the park. Our Washington Square Park walk on pause, we were able to wind down and take in our surroundings. 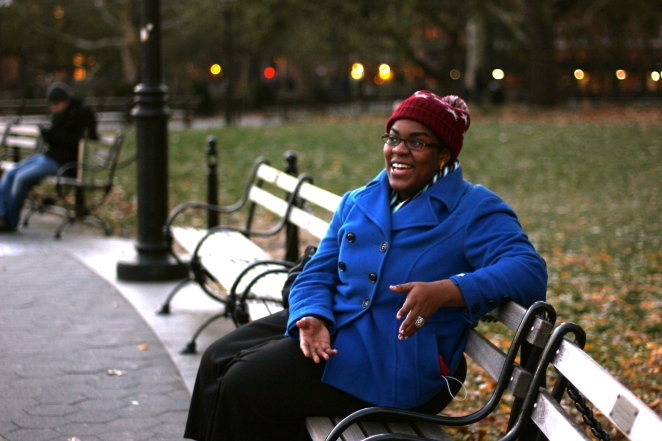 Horace has this great presence about him. His voice is smooth and confident. His friendly face and disclosure are disarming, and quickly put me at ease. Horace’s family has roots in the small but diverse Caribbean island of St. Lucia. Many different cultures (incl. African, East Indian, French, and English) have left their mark on St. Lucia.  As a Francophone, I was curious about the delineations between Kwéyòl (the second most spoken language on the island), Creole, and French, but, alas, Horace’s linguistic heart and passion lied in Chinese.

While Horace moved to NYC and went to an urban maritime high school, he and his family still maintain close ties to the island.  Every year at Christmas time, they send barrels full of food, gifts, and supplies to the remaining family members on the island. As Horace explained, due to the country’s dire economic status and high taxes on imported goods, this barrel tradition is often a question of survival.

In Saint Lucia, the two main political parties: United Workers Party (UWP) and the Saint Lucia Labour Party (SLP) are as divided as the Montague and Capulet families. Support the wrong party and you may as well be declaring war against your family. Though Horace’s family has had a hard time accepting his transgender identity and newly declared religious practice, he does not let this compromise his love or view of them. Horace greatly admires how his father is devoted to his mother, and told me he is looking for a love half as good as what his mom and dad share. From barrels from overseas to unconditional love, family alliance comes first.

I enjoyed hearing stories of Wen Doon and her struggling to accept his transitions in identity; because behind all the confusion and anger, their love for one another will not be broken. “If it’s not life or death don’t let it hang on your neck,” Wen Doon would say.

Many folks grow up with a fixed sense of the sexes and God. When I asked Horace about coming out to his family, he explained how there are different forms of acceptance.  While someone in his family may be okay with his transgender identity, being Muslim could be something much more difficult to process. It’s an important reminder to everyone that there are many stages in “coming out”, and that doing so does not always equate immediate acceptance or understanding of all parts of one’s identity. It takes time and patience.

There are many forms of “coming out” (as different than the status-quo) to your family: fights over dating people from different ethnic backgrounds; choosing a financially unsure career path; admitting you do not really like mom’s spaghetti; etc. While the ultimate understanding of one’s identity or “coming out” may never happen, it’s still a process, and not an immediate end-all, be-all moment.

People may view Horace as different, a threat to the norm. But at the end of the day, who is causing the most pain and suffering?  A young trans Muslim black man with great taste in gaudy jewelry and cyber personas; or those using social norms of racism and sexism as tools for violence…to villainize young black men and women…to leave people behind in poverty…to push kids to the edge of suicide?

Beautiful things happen when people reclaim their own identity, and take time to explore others’. I was afraid of writing this piece on Horace, because, as a white cis-gender woman, I found myself calculating my words more than I had in other posts. For me it was the question of race and colonial history (or erasure of that history) that made it difficult to write about Horace without acknowledging my own French ancestry in relation to Horace’s Caribbean roots. Once I let go of my own needs to absolve my “white guilt”, it became easier to see how Horace’s story is not representative of EVERY genderqueer black Muslim. Horace’s story is his own. He is not here to teach me or every white person what it’s like to be black, queer, and Muslim in this country.

Horace and I actually had a lot more in common that I could have imagined when first seeing him and learning about his identity. We are both nerds and both have big love for our families. Instead of rushing around the park or politics, it is good to take time to sit and soak in all the complexities. Listen to our truths and not let fear repress our sense of self or hamper our ability to reach out to others. Horace and I watched the sun set in silence, his ring shining in all its glory, our hands intertwined.  The intimacy we shared on the bench remains in the past, but Horace’s presence in my memory continues to shine, a pink-and-green studded glow. 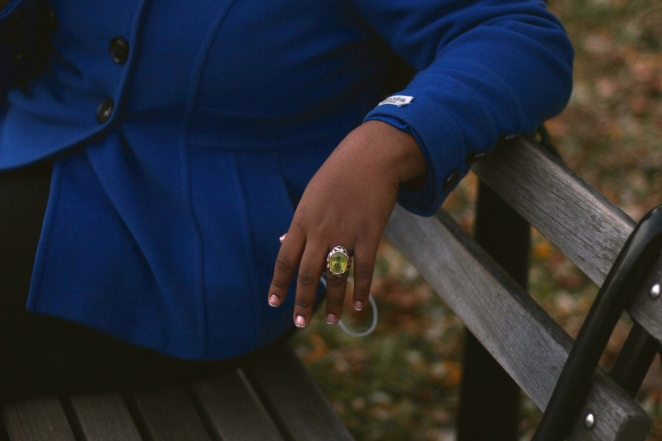